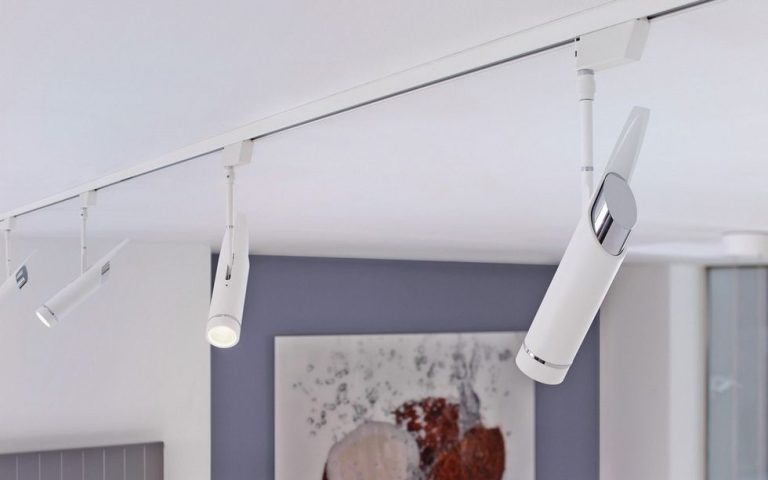 Track lighting is a specialized lighting fixture, or lighting fixture system. The system is mounted to a ceiling or wall and accepts and powers individual light fixtures, or heads. Well, yes, but what does that mean?

The Parts of Track Light Systems

Track light systems have two main parts. One is the track, which is wired to power and holds the conductors for the heads. It looks, in cross-section, like a square “U,” or a square that has the center part of one side missing. This is the part that’s mounted to the ceiling or wall, with the opening facing down or out.

The two system conductors for the power–the hot and the neutral–are copper strips which are mounted on insulating material inside the track. One of those copper strips is located on each side.

The most common form of track lighting still consists of straight pieces of track that are attached directly to the surface of the wall or ceiling. They come with a piece that connects to a ceiling outlet, special 90-degree pieces for making turns, couplers to join two straight pieces together, and a “dead end” to safely cap the track at its end, but there are also curved or wave track fixtures as well as ones that are suspended below the ceiling.

What defines track lighting is that the heads can be mounted anywhere along the length of the track.

Heads are the lamp-holding fixtures. Each has a piece with two metal tabs that connect it to the power inside the track. Those pieces also lock the head to the track and secure it in place.

As that implies, there are alternative track lighting heads available now as well. The most common alternative heads are pendant fixtures. These come in many different colors and shapes. Most hold a single light bulb inside an open shade, but some take more than one light bulb–like a mini-chandelier.

How to Install Track Lighting

If you want to have a customized track lighting system made with the straight track cut and fitted to your space, you might want to hire an electrician to do that part of the work. Getting the pieces cut precisely and properly spliced together so that the continuity of the conductors and their polarity–the relative position of hot and neutral–is kept the way it was designed to be can be tricky, and it has to be done right or it won’t work at all. Plus, there’s a bit of an art to getting a straight track to look perfect once it’s up.

That said, you still get to be the designer and the light installer, if you’d like to be. You can not only choose the heads and the light bulbs you want, but you can also put them up, check the effect, and change where they’re aimed if you decide you’d like something different.

Since track lighting is as easy to install in one configuration as it is in another, it is often used to take light to odd corners and critical workstations in kitchens. A section with canister heads can be run over an area where you walk and stand when you’re working, and the heads can be positioned and aimed to give you over-the-shoulder light on your counters and appliances. Alternatively, the track can be run directly above an island or peninsula, with pendant heads to light those surfaces. These tricks can be used in your workshop, potting shed or greenhouse too.

A track lighting system can also be handy for bringing light to a long narrow space such as a hallway. You can run a track parallel to a wall that you hang photos or artwork on, maybe three or four feet away from the wall, mounting and aiming canister heads to highlight each piece. With its built-in flexibility, the track lighting will let you change the lighting every time you change something on the wall.

One neat trick or effect that can be created with track lighting is to install it in a bathroom and mount heads that will reflect off the vanity mirror to light the face of whoever is standing there.

If you’re considering installing several recessed lighting fixtures in a room, take a minute to consider whether you might be able to get the effect you want with track lighting. Recessed lighting fixtures are relatively inexpensive, but if you need several of them it will start to add up. In addition to the cost of the fixtures, there’s the cost and mess of getting recessed lights installed. Finally, once they’re there, they’re there. Removing or relocating a recessed fixture and repairing the wiring and the hole in the ceiling can cost as much or more as the original installation did. Comparatively speaking, track lighting is much more flexible, less intrusive, and far easier to remove and repair the traces.

Recessed fixtures may be just what you want and need for a large space with a lot of activity, such as a family room, but track lighting might be an option you’d prefer in other areas.

Things to Keep in Mind

Track lighting strips, fixtures, and heads are made by a lot of companies, and each one of those companies seems to have a different design for the inside of its track and the outside of the connectors to the head. In other words, don’t expect any lighting heads to work in a track made by any other company; odds are that it won’t.

Therefore, the thing to do is to choose the heads you like first. Then buy and install–or have installed–the track that’s made to support and connect with the heads you chose. 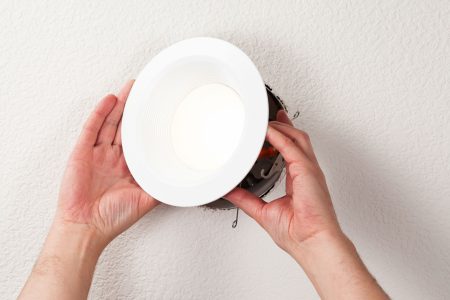 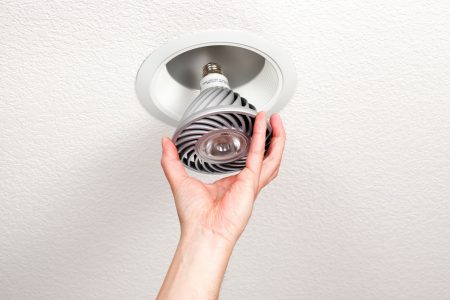 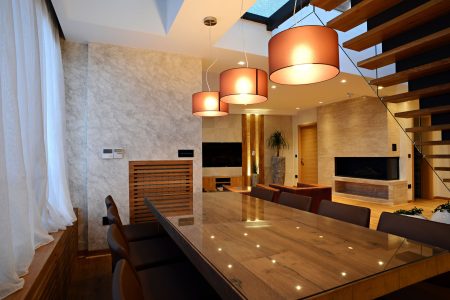 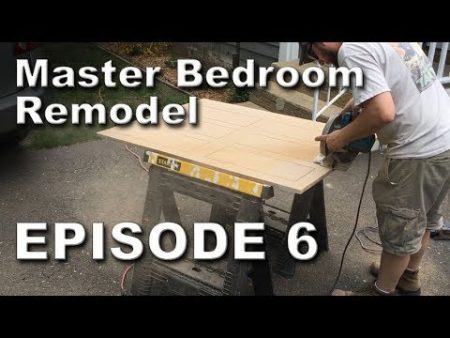 A Service Drops Brings Electricity to Your House

Consider These Factors and Options for Public Bathroom Floors