Kitchen of the Week: An East Village Cook Space That Defies “One-Word Summaries” 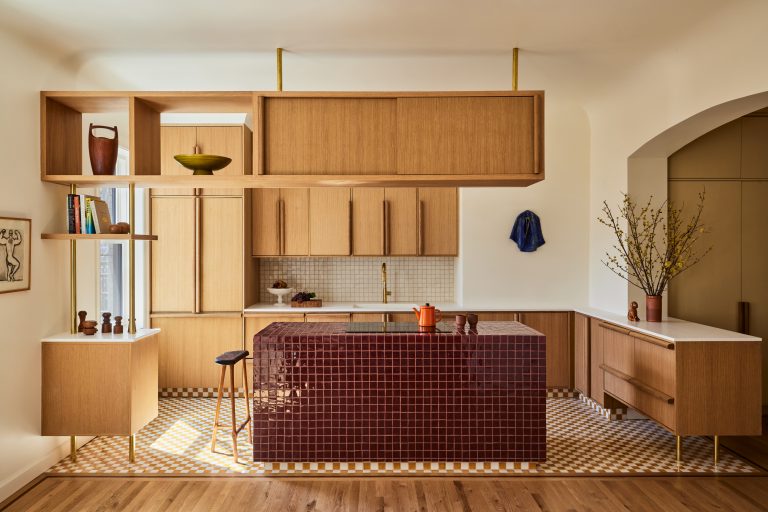 In 1902, when the East Village apartment building Onyx Court was constructed, kitchens weren’t viewed as the hearts of the home. So a compact cook space was tucked into the back corner of each unit, far from the social areas and the natural light. But in the 120 years since the six-story structure’s inception, the kitchen has become an epicenter of domestic life—which is what GRT Architects had in mind when they gut-renovated one of the apartments.

The New York City-based firm wanted to reimagine the floor plan of the 1,100-square-foot abode for contemporary living while maintaining its turn-of-the-century spirit. That meant relocating the kitchen to the opposite end, by an east-facing window, but keeping it partially separated from the dining and living spaces. A totally open layout would’ve felt too modern.

When it came to the aesthetics, GRT sought to transcend eras and trends. “It was a very natural exploration of what materials look interesting together, which surfaces should disappear, which should be really pronounced,” says co-founding partner Rustam Mehta. “I still don’t have a one-word summary for what the look of this kitchen is. And I love that. It’s got its own thing happening.”

With warm white oak cabinetry—some of which is suspended from the ceiling—and three varieties of geometric tiles, the inviting, playful kitchen combines elements of mid-century modern design with twists on Art Deco details and hints of Scandinavian minimalism, resulting in a timeless vibe all its own. 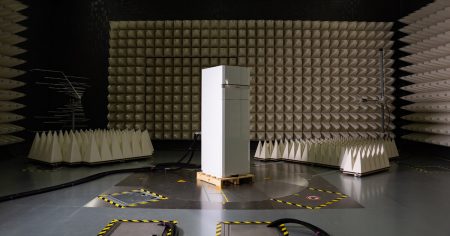 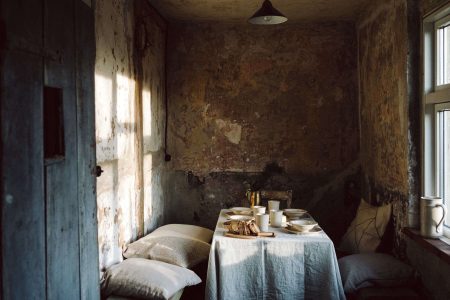 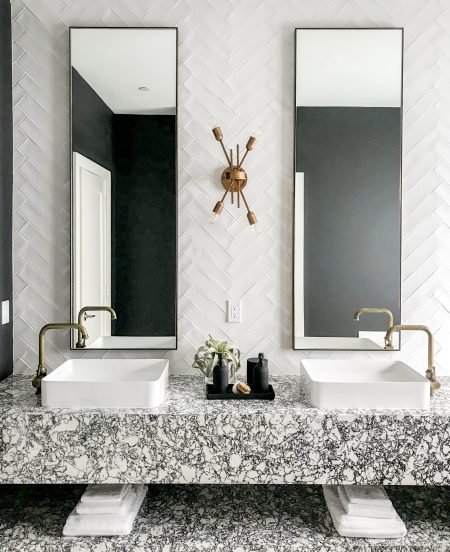 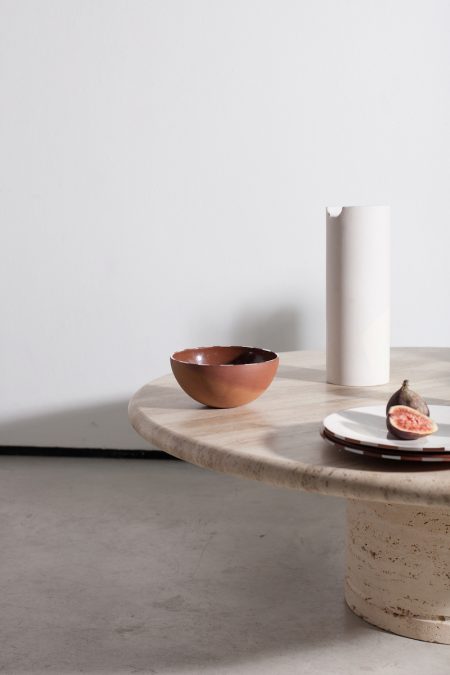 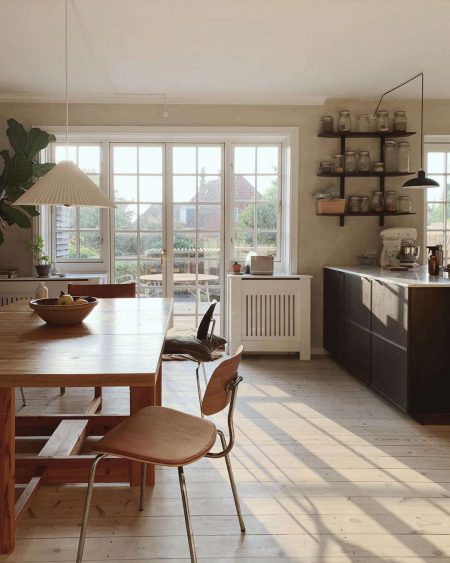 Kitchen of the Week: An All-Time Favorite Kitchen in Copenhagen 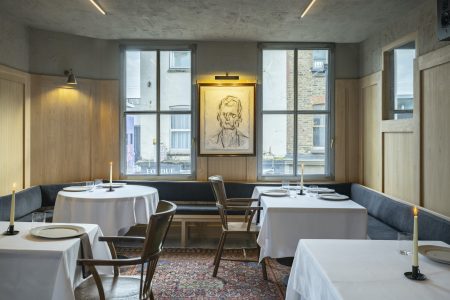 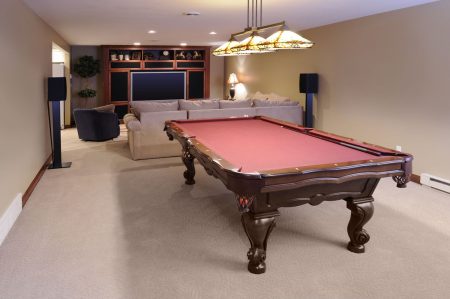 Our editors independently research, test, and recommend the best products; you can learn more about…

A Moody, Minimalist “Forest Estate” in Ibiza by Hollie Bowden